Showing posts from November, 2016
Show all

They call it a conversion disorder 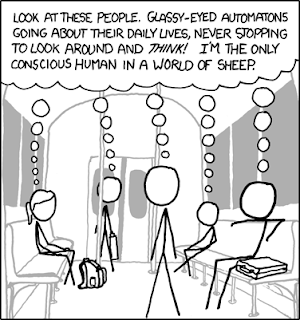 The recent discussion between me and the caretakers of my spouse are a difficult case and is leading to speculation and misinformation about the nature of psychogenic illness. I therefore thought it would be useful to discuss the concept of a conversion disorder in general.

According to one of the doctors who tried to explain me about dealing with the disbelief of most of the patients they react many times like this: “So you’re telling me it’s all in my head?”

The concept of what are now called conversion symptoms is a tricky one for various reasons. There is an unfortunate stigma attached to the notion that our brains can cause physical symptoms. Making the diagnosis is complex. Outcomes are variable and are hampered by the difficulty in communicating the diagnosis to patients. Conversion disorder symptoms often mask underlying physiological disease. And the risks of both false positives and false negatives are high.

This complexity leads some to argue, in essence, that a…
Post a Comment
Read more
More posts