Showing posts from April, 2009
Show all

Bad days can have good moments 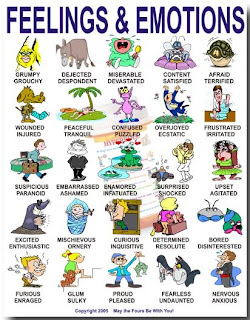 For now this will be the last blog written after work as I will write the coming ones from ashore Due to heavy pain caused by some kind of arthritis like problem, I have had a few bad days but I have enjoyed the good moments of them. It is just that the job is becoming too heavy for me at this point and I have to live on strong painkillers just to make it through the day. So I will call in sick for the next few months and hope that they can at least give me a diagnoses of what is hitting me so hard.

I must say my days go pretty well. I'm past feeling burdened by every thought, sight, body movement, and interpersonal interaction. I've moved into a phase of feeling mostly like myself while still experiencing moments of muscle cramps and muscle aches each day. (Surprise!)
Only the nights are like a cheap horror movie, I wake up in the middle of the night due to this razor blade sharp pain attacks and they come without any pre-warnings. I have to get up and go for …
Post a Comment
Read more

What is the cause? 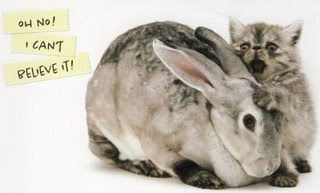 I am quite a humorous person and not really that old, ok I have a few grey hares but still I do not except that people stand up for me or feel sorry for me. It is just that my body is refusing to work with me. This means that I have to stop working for a while and that is even more painful for me. The frustrating part is that giving a diagnose is not that easy. I checked on several sites and forums and my goodness there are a lot of sad stories (for some it took more than 4 years to find a suitable diagnose.)


The following parts I found on the internet and now me and the doctors have to pick one of the diagnoses or what ?

Fibromyalgia is considered to be a syndrome—a set of symptoms that occur together but do not have a known cause. There are theories as to what may cause it, but there is not enough evidence to support any single theory. People—especially women—who have a family member with fibromyalgia are more likely to develop it themselves. It has been recognized as …
Post a Comment
Read more

Already today my body has become my enemy 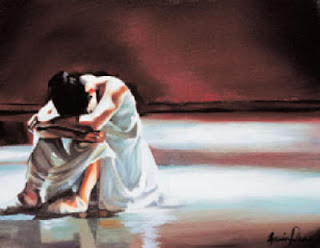 Yesterday was the day that I had to go to the hospital; hopefully they will come soon with some results as living with pain 24/7 is unbearable.
At least that is what I think.
As all the results of yesterdays examinations brought absolutely nothing.
My day at the hospital started at 09:30 and ended at 17:00 well I was fully in a sarcastic mood when we went home.
Only a lot of frustration was what they could offer me, and for **** sake it is eating me alive.

If they can at least tell me what my future will bring me, and even if it means that I can work only a few days a week.
It will give me something to struggle with.

Well this how my day looks like, when I am home.
I love my family and I know they love me.
A little understanding would go a long way.
It is 6:15 am. I stumble towards the bathroom as hot water is a relief and helps me to get in motion.
Already today my body has become my enemy.
Some days are worse than others, and I have not held myself back enough lately.
I…
Post a Comment
Read more

ABBA - When All is Said and Done

Typing is very hard at the moment, but the music keeps me going.
Soon I will be back with a bit of text

A tribute to the Scottish fans 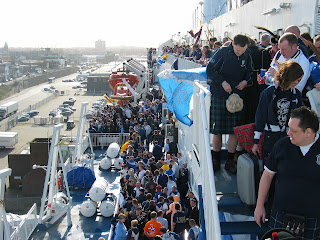 As a bad experience with so called football fans, did not make me look forward to a football trip of the Tartan Army, but I must admit that I was wrong this time, prejudging what was coming towards us. We are used to at least having a bit of trouble during the busy weekends.

But this a tribute to Scottish football Fans
Supporters of the Scottish national team, the so called “Tartan Army” are real fans and they are different than from most other football fans. They are not only loyal to their own country, but like also other countries and clubs. Although some supporters think a bit differently. The races between the superpowers of football are often degenerate into vicious fights, sometimes with murder and manslaughter as a result.

Last week more then 1300 Tartan Army fans travelled on our ship, the group was quite good organized a few minor issues could be solved pretty quickly. To me it was really sensational when they boarded the ship in North Shields, nearly all of th…
Post a Comment
Read more
More posts